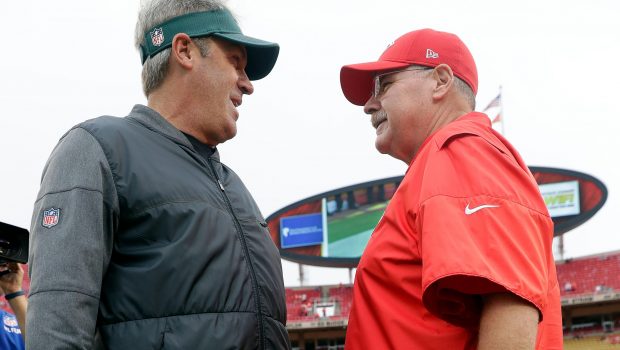 Today is Doug Pederson’s interview with the Jacksonville Jags for the head coaching position vacated by Urban Meyer.

The Eagles Super Bowl-winning Pederson is first because all the other candidates are still engaged in the NFL as assistants and have to wait for the season and playoffs to end.

Pederson is one of the more popular candidates on the Jags’ list because of his background with quarterbacks, which means he could be a great fit for the team’s No. 1 overall pick from April’s draft in Trevor Lawrence. Pederson also has an impressive Super Bowl LII victory on his résumé, which was the first in team history.

Pederson got his coaching start in the NFL under coach Andy Reid when he was with the Eagles. That journey started with Pederson being a quality controls coach from 2009-10, then eventually he was promoted to the quarterbacks coach role from 2011-12.

After that stint in Philly, he followed Reid to his current destination with the Chiefs and served as his offensive coordinator from 2013-15 before getting a chance to be the Eagles’ head coach from 2016-20. Throughout his stretch as the Eagles’ coach, Pederson went 42-37 and was 4-2 in the postseason.

When reflecting on Pederson’s tenure, a lot of his success was largely due to having Carson Wentz perform at a high level early in his career and getting a high level of play out of backup Nick Foles, too. With Lawrence’s input being valued by owner Shad Khan, Pederson’s background could bode well for him but only time will tell how his interview goes.