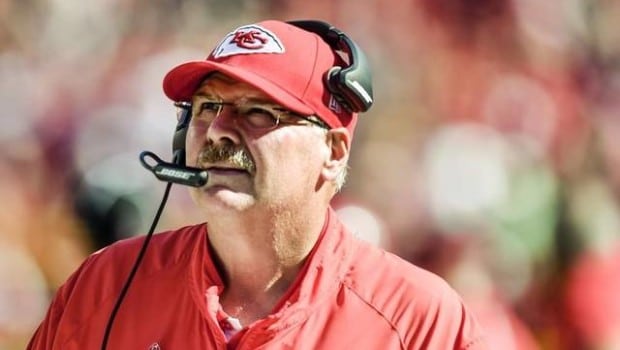 EX-EAGLE BOSS REID HAS NO ANSWERS FOR CHIEFS’ 1-4 START!

There is nothing that annoyed Eagles fans more about Andy Reid, who coached the Birds from 1999 to 2012, than his witless answers to legitimate questions.

The Chiefs’ miserable 1-4 start is not exactly what anybody had in mind during a season that began with high expectations.

So Reid was asked Monday what he would need to see out of his team before he made a big move — like replacing his starting quarterback, Alex Smith, or replacing a staff member midseason — in an effort to to shake things up.

“Yeah, well, I bank on a couple years’ of experience,” Reid told the Kansas City Star, without going into detail. “I’ve seen a few things, so that’s what I would bank on.”