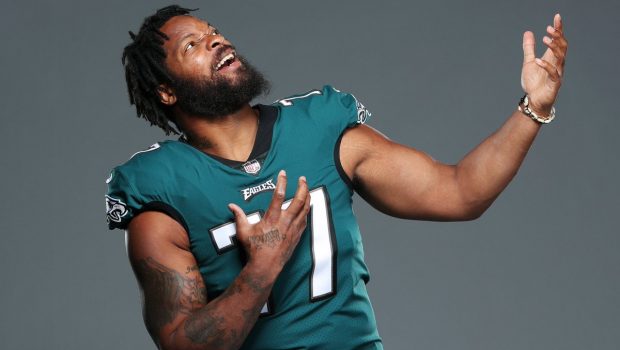 EX-EAGLE BENNETT GETS HIS RAISE: PATS MAKE THE MONEY WORK!

Ex-Eagles defensive end Michael Bennett and the Pats agreed to a reworked contract that gives him a raise and saves the team salary-cap room, according to ESPN.

Bennett’s new deal is for two years with a base value of $16.75 million. Bennett’s old contract, the one he was on when the Eagles traded him to the Patriots in March, was worth $13.2 million in base value over the next two years, with an additional $2 million available in the form of roster bonuses.

The 33-year-old gets a $4 million signing bonus, which helps the Patriots to free up about $700,000 in salary-cap space for 2019. The Patriots have roughly $18 million in cap space available.

The restructured deal gives Bennett some guaranteed money and the chance to earn more overall, something he said he wanted when he knew he was on the trading block earlier this offseason.

“I’m not willing to take a pay cut. I actually want a pay raise at this point,” Bennett said on NFL Network in March.

Bennett got his wish and the Patriots made it work for their cap situation.