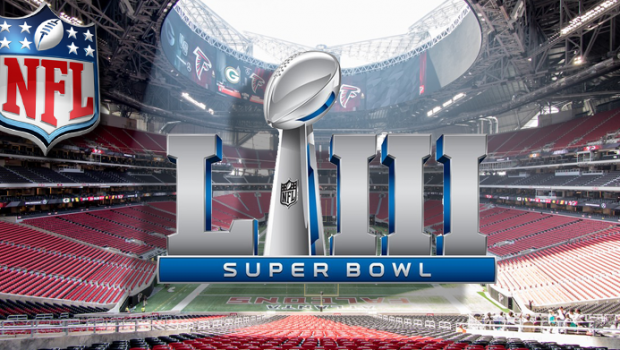 EVERYTHING YOU NEED TO KNOW ABOUT SUNDAY’S SUPER BOWL!

The Eagles aren’t in the Super Bowl so you don;t care.

But, in case you do, here’s what you need to know:

Where: Mercedes-Benz Stadium, Atlanta. It will be the third Super Bowl in Atlanta, and the first at the stadium, which opened in 2017.

TV: CBS, which will begin its football-related coverage at 11:30 a.m. The official Super Bowl pregame show starts at 2 p.m. ESPN Deportes will handle the Spanish-language broadcast.

Online: The game will be streamed free online at CBSSports.com or via the CBS Sports app. The game also will be available via the CBS All Access subscription streaming service. New subscribers get a one-week free trial, which means anyone who signs up this week can stream the game on Sunday and then cancel before a payment is required. For anyone with a smartphone or tablet, the game will be available free via the NFL Mobile app or the Yahoo Sports app.

Odds: As of this morning, the Patriots were 2½-point favorites and the over-under total had been set at 56.5, near the highest-ever total for the game (57 in both Super Bowl LI between the Falcons and Patriots in 2017 and Super Bowl XLIV between the Saints and Colts in 2010). The final score has gone over the total in six of the past eight Super Bowls. New England has been the favorite in six of its eight Super Bowl appearances with Bill Belichick and Tom Brady but has covered the spread in just one of those games (against the Falcons in 2017).

Halftime show: The show will be headlined by Maroon 5, Travis Scott and Big Boi.