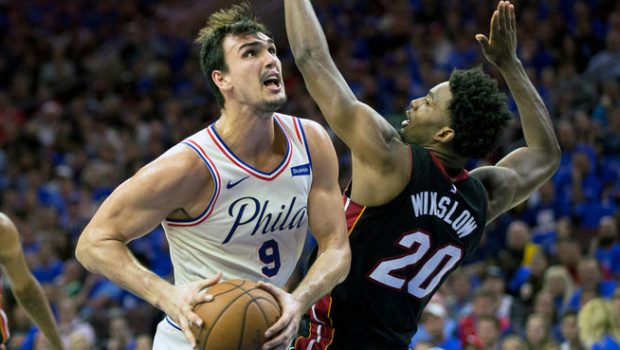 Even the sports books in Las Vegas are jumping on the Sixers bandwagon.

And the Sixers opened as a 3-point road favorite. The Over-Under, or total number of points Vegas thinks will be scored, opened at 217, but has dipped to 215.

The Heat can cover the spread if they continue pounding the Sixers with hard fouls in the paint. Six technicals were called in Game 3, and Philly reserve Justin Anderson appeared ready to blow a gasket several times.

The 76ers can cover by forcing the ball out of Goran Dragic’s hands. Miami’s elusive guard twice induced three-point plays with sharp cuts to the hoops. Despite Philly landing hard fouls, Dragic bounced back up each time. His quickness has been hard for the Sixers to defend.