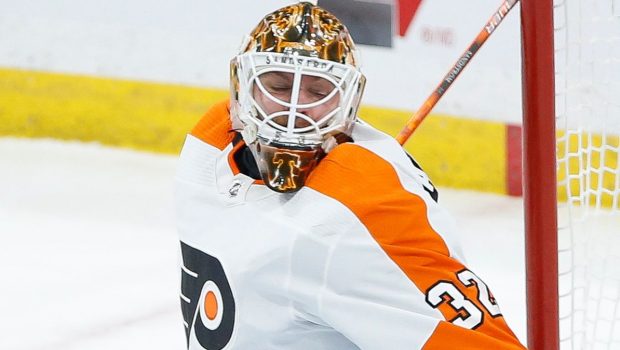 EVEN THE FLYERS CAN’T BEAR TO LOOK: BLANKED AGAIN, 1 TO PLAY!

Eric Comrie made 35 saves for his first NHL shutout in the Winnipeg Jets’ 4-0 victory over the Flyers.

Playing his fifth NHL game and second straight, the Flyers’ Felix Sandstrom stopped 23 shots. The Flyers have been shut out six times this season,

“I think that he’s a battler,” Flyers interim coach Mike Yeo said about Sandstrom. “Tonight, the first goal maybe he’d like to have back, but he continued to battle right through the rest of the way, so just like any young player it’s learning, making sure you’re ready right from the start of the game.”

The Jets were 2 for 5 on the power play, scoring one in the first period and another in the second. The Flyers were 0 for 4.

“Of course you don’t want to be too much on the (penalty kill),” Sandstrom said. “When it happens, you’ve just got to find a way to (limit) their chances and for me to come up with saves.”