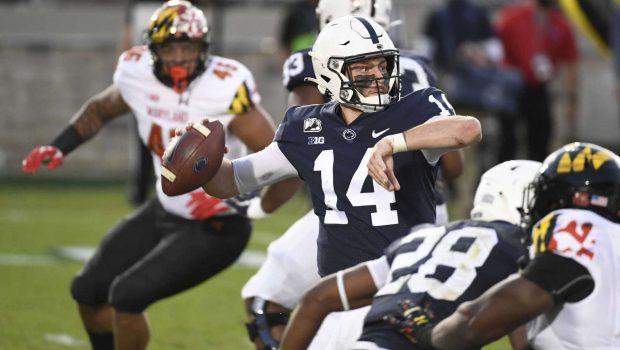 In easily the worst game in head coach James Franklin’s seven-year tenure, the Penn State Nittany Lions were embarrassed by the underdog Maryland Terrapins in a 35-19 loss at Beaver Stadium on Saturday night.

Coming into the contest, Maryland hadn’t scored a touchdown against Penn State since 2016.

But the Terrapins found the end zone four times by the end of the first half to put the Nittany Lions in a 28-7 hole at the break.

By halftime, Maryland had 335 yards of total offense, compared to Penn State’s 144. Redshirt junior quarterback Sean Clifford was just 6-20 through the air for 78 yards and a touchdown.