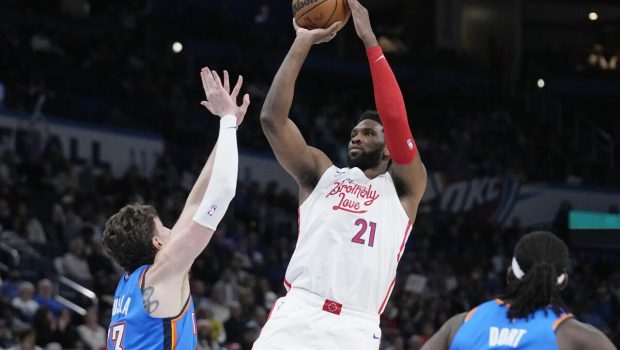 EVEN ON AN OFF-NIGHT, JOJO SLASHES A TRIP-DOUB!

Embiid didn’t have his best night shooting, but he recorded his first triple-double of the season in Oklahoma City.

James Harden (foot) and Tyrese Maxey (foot) were held out for injury management reasons, and both should be back on the court Monday night against the Pelicans.

nothing but net. 🗑️ pic.twitter.com/xbQccWFqBf