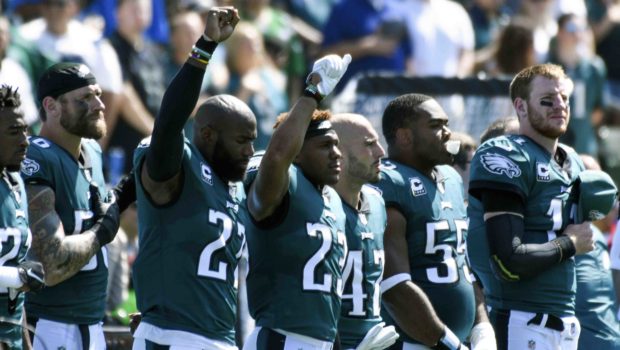 EVEN NFL OWNERS WHO GAVE TRUMP BUCKS ARE TORN OVER PROTESTS!

The National Football League’s more muted approach in recent days to responding to attacks from President Donald Trump followed a tense meeting last week in which several owners argued the league’s combative stance was unproductive, according to three people familiar with the meeting.

Those owners argued that taking on a sitting president over whether players should be required to stand for the national anthem was bad for business, while others thought the league should continue to stand up to the criticism, these people said.

The disagreement is a contrast to the message of unity that NFL owners and players have tried to project over the previous eight days, as Trump took on the league over the protests and repeatedly disparaged the state of the game.

There were various demonstrations among players and teams on Sunday but they were fewer in number and generally more subdued than they had been the previous week. League officials also dialed down their criticism of the president in the days leading up to the weekend’s games, even as Trump continued tweeting about the issue: