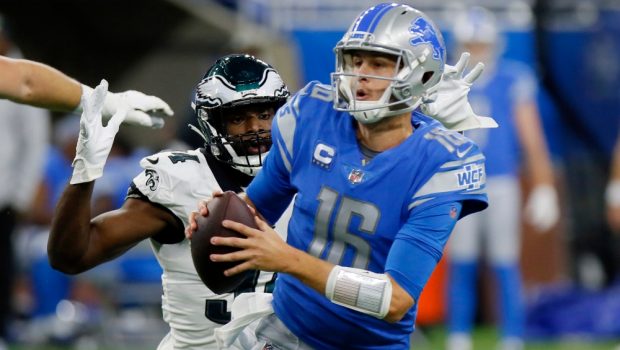 We are already close to the end of the 2022-23 NFL season, and we will bring you content to prepare you for the start of the new season competition.

In this article, we will discuss three teams that were not very competitive this season.

These teams can be a thorn in the side of better and more experienced teams, considering that the NFL draft usually reveals several pearls throughout the year.

Teams with negative campaigns this season may be fighting for a spot in the postseason.

So if you want to analyze the 2023 NFL spreads, below are teams building up momentum toward the upcoming season.

Even though they haven’t had winning streaks in the NFL this season, they’re currently showing signs of promise. However, having lost six straight matches with the recent 28-19 loss to Green Bay Packers, we can consider them outliers in this list.

The team’s new coach Matt Eberflus has helped to develop Justin Fields into a double threat for opposition teams. In addition, the Chicago Bears will also have many off-season assets to build around Justin Fields. The club is projected to have a $118 million league-high cap space and might get a top 5 draft pick.

We expect the Bears to reload their defense and improve Justin Fields’ supporting cast during the upcoming off-season. With an excellent quarterback and a good coaching staff, this team will surely be one to look out for next season.

In the previous two years, the Cleveland Browns lacked sharpness. Coincidentally, this period was when Deshaun Watson had his first start at the club. He went for a long suspension period (11-game ban) because he violated the personal conduct of the NFL policy. His ban came after lawsuits were filed against him by 25 women for misconduct and sexual assault-related offenses.

The Browns are not expected to have big cap space (at $32 million), but if Dashaun Watson returns to his Pro Bowl form, he will undoubtedly be a significant threat to opposing teams.

However, there are still questions about how the team’s defensive coordinator’s highly ranked defense (18th) has greatly underperformed, irrespective of their talent.

Cleveland Brown will have to sort out their lacklustre defense in the off-season if they’re to mount any serious challenge. However, their recent straight wins could denote the beginning of a momentum build-up into the 2023 season.

The Lions might not have their needed quarterback, as Jared Goff has yet to be up to the high standards expected of him. However, a good quarterback can send them to become a top NFC challenger.

Although Jared has been criticized a lot this season, he has showcased exceptional gameplay in recent games, and the team’s young athletes have also shown promising signs of playmaking. In addition, the Detroit Lions are well-coached and found their identity as a tough-to-beat squad with Coach Dan Campbell, which will be a headache for other teams.

Their recent games have shown that the team is studying how to win and being good at it. They had a 40-14 victory over the Jaguars and had three winning streaks just before their loss to the Bills in week 12.

For a projected cap space, this team has $23.2 million for the 2023 season and can be a top 5 draft pick. However, we expect the club to focus on enhancing its defense in the off-season and pick a new quarterback.

There you have it. Our top three picks of teams are building momentum toward the upcoming season. Is there any team you think we missed? We would love to have your input.