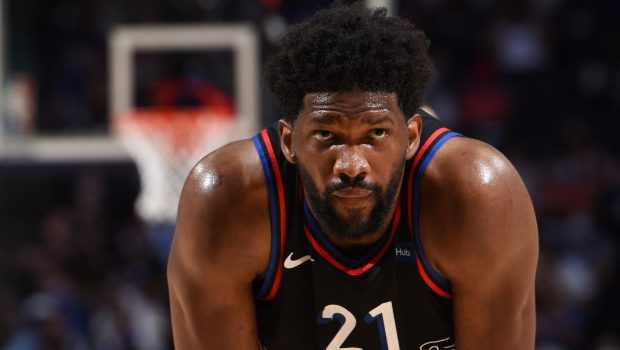 EVEN JOJO’S 39 CAN’T DIG SIXERS OUT OF MASSIVE FIRST-GAME HOLE!

Today dawned with Sixers center Joel Embiid questionable because of his sore knee.

And the first game of the Sixers-Hawks series ended with Embiid not only playing but racking up 39 points and nine rebounds.

But it wasn’t enough to dig the Sixers out of 20-point halftime hole.

Atlanta Hawks held off a furious Philly rally to win 128-124.

The Hawks dominated for most of the game, outscoring top-seeded Philly 42-27 in the first quarter and then leading by 20 at halftime.

After trailing by 25 in the third quarter, the Sixers cut the lead to three points with 41.4 seconds left on an Embiid layup before Bogdan Bogdanovic answered with a 3 to push the lead back up to six. The 76ers cut it to two after a Ben Simmons dunk with 10.5 seconds left, but the home team ran out of time to complete the comeback.

Embiid, who missed Game 5 in the Sixers’ first-round series against the Wizards and was questionable leading up to Sunday’s game with a meniscus tear in his knee, was back in the starting lineup. He led all scorers with 39 points and added nine rebounds in the loss.