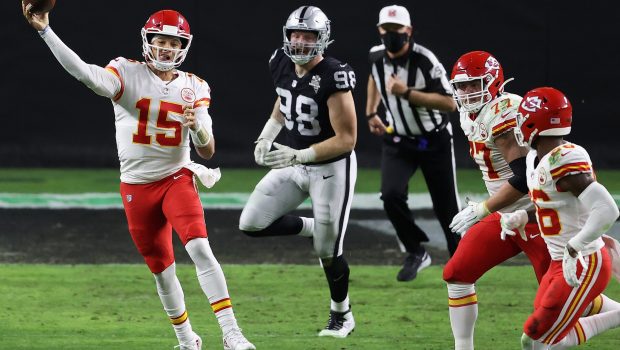 EVEN IF EAGLES MAKE SUPE, THEY’LL BE DOGS TO THESE CHIEFS!

The Kansas City Chiefs secured the AFC’s No. 1 playoff seed with a 31-13 win over the Raiders in Vegas.

The No. 1-seeded Chiefs (14-3) will begin their postseason with a divisional round game in two weeks at Arrowhead Stadium.

Home-field advantage for the AFC Championship Game should they advance that far is not guaranteed after the NFL changed some of its playoff seeding rules in the wake of Monday’s canceled Buffalo Bills-Cincinnati Bengals game.

.@chiefs finish as the #1 scoring offense in the NFL with a flair and creativity that most teams don’t possesses #ChiefsKingdom #BaldysBreakdowns pic.twitter.com/lkE1E0KOpl