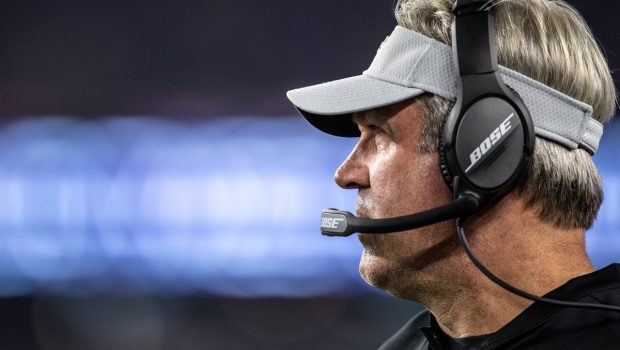 EVEN DOUGIE P WAS SURPRISED EAGLES CALLED TO HIRE HIM!

An excerpt from Doug Pederson’s new book, “Fearless: How an Underdog Becomes a Champion,” written with Dan Pompei, which will be published tomorrow, Aug. 21, which appeared on SI.com:

I didn’t even prepare to be interviewed prior to being contacted by the team because I didn’t think I would be a candidate. A lot of people doubted that I would be the right person for the job. There were reports that Ben McAdoo was the Eagles first choice. They also interviewed Adam Gase before me, and Tom Coughlin after me.

By 2015, I had been with Andy in Kansas City for three seasons. We had a successful year and we were getting ready to play the Texans in the playoffs. That’s when the Eagles sent a permission slip for an interview. I suspected it was coming. Andy was still close to the Eagles organization and spoke on my behalf to Howie and Jeffrey and the people who were making the decision. I give a lot of credit to Andy for helping me.

When they requested an interview, I scrambled to get prepared. I was trying to game plan for Saturday night’s Texans matchup in Houston at the same time. The interview was scheduled for 8 a.m. the following morning in downtown Kansas City, where the Eagles contingent had flown in from Philly.

When I arrived at the hotel in Kansas City, Howie met me in the lobby and escorted me to one of the suites. It was very big, a presidential suite with a living room and a kitchen. I turned the corner and there was this beautiful dining room table, and everybody was sitting around it. I knew just about everyone in the room: Jeffrey Lurie, Don Smolenski, Howie Roseman and senior VP Aileen Dagrosa and a couple others. I was like, “Hey guys!” It was sort of calming to recognize the people I had worked with or played under when I had been a member of the Eagles.

Jeffrey’s son Julian was there too. I helped train Julian when Julian was in high school and he wanted to be a quarterback. I was the quality control coach at the time, and Jeffrey came to me and said, “Hey, would you mind teaching my son to throw a football and play the quarterback position?” I spent several sessions teaching and coaching Julian. Now here he was interviewing me.

I’ll never forget the last thing they asked me to do. Howie said, “We’re going to leave the room for ten minutes. When we come back, we will sit on the sofa over there and would like you to make a presentation. Act like we are your new team, your new players and this is your first team meeting in the spring. Tell us what you would say to the team.” So they exited the room and I grabbed my notepad and I jotted down my thoughts.

First we needed to create energy. Every day the players step into this building, they have to bring the juice. Every single day. I would, too.

Second, eliminate distractions. What are those? It could be dealing with people asking you for tickets to a particular game, or hotel rooms. It could be the media pulling at you. It could be your contract weighing you down. Whatever the distractions are, we need to eliminate them once we are in season.

Fourth, fear nothing. Not our opponents, not failure, not anything in our lives.

When I finished with the presentation, that was the end of the interview. We said our goodbyes and they returned to the airport. I went back to the office to prepare for our next game, against New England.

Later in the day, Howie called. He told me I did an outstanding job. He said they were comfortable with me, but he didn’t offer me the job. He went over some of the interview, then thanked me for the time.

A few days later, I called Jeannie from the office and she said, “I just heard the news!” I’m like, “What news?” She said, “Ian Rappaport and Adam Schefter are saying you’re going to be the next head coach of the Eagles. That’s awesome!”

Officially, nobody told me anything, but I was excited anyway. Andy, after hearing the reports, came by to congratulate me. I hadn’t heard from Howie or Jeffrey though. We lost to New England that Saturday night. It was disappointing to lose in the divisional round of the playoffs after the season we had. When I was leaving Gillette Stadium some Philadelphia reporters were waiting for me, but I declined all interviews.

On the bus to the airport my phone rang. It was a 215 area code. I didn’t recognize the number but I picked up and it was Jeffrey Lurie on the other end. He said he was sorry for the loss, but it was a great season. Then we talked about my interview, and he told me how impressed he was. He said he wanted to officially extend the offer to me to become head coach of the Philadelphia Eagles. I was thinking, “Heck yeah! I’d love to accept the job.”