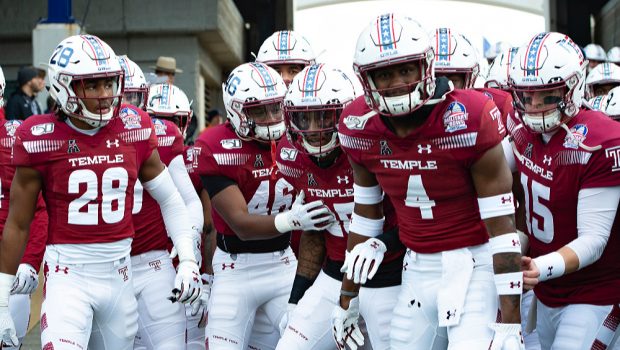 The offense has its issues, but it’s the defensive side that’s been the bigger disappointment with a clunker against Tulane last week. The Green Wave were able to run and throw equally well, and now SMU should be able to do the same.

There are way too many good parts to this to be this mediocre.

The Owl secondary is fine, the passing game is good, and the offensive line isn’t bad, but the run defense has to be better and the downfield passing attack has to be sharper. SMU’s defense can be thrown on enough to stay in the game.

With Anthony Russo out with a shoulder injury, it’s up to Trad Beatty and Re-al Mitchell to take their turns, and they should combine for at least 200 yards.

The Owls are finally off the road, going 0-3 on away from Lincoln Financial and 1-0 at home. SMU has only left Texas once, and that was to go over to Tulane.

The absence of Russo matters for a team that will need the offense to blow up to keep up. The Owls will be better than they were against Tulane, but it won’t be enough.