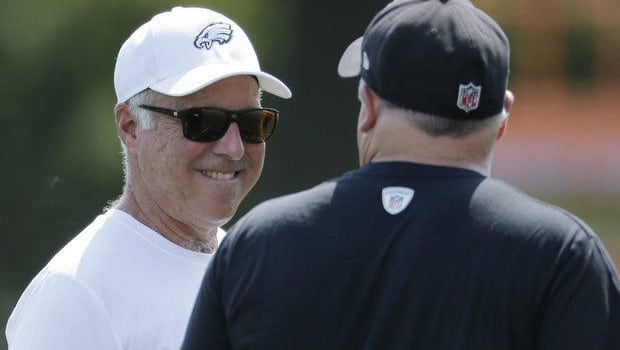 If you read the tea leaves of Eagles Supreme Leader Chip Kelly’s stunning firing last night, it seems to have been in the works for some time.

After the Eagles fired Kelly, ESPN’s Sal Paolantonio reported that team chairman and CEO Jeff Lurie for weeks had contemplated taking away personnel control from Kelly. Per the report, when Lurie proposed the notion to Kelly, the coach balked at the idea.

However, Kelly told FOX Sports’ Jay Glazer that he was pulled into a meeting with Lurie and didn’t fight the decision when informed.

Kelly also told Glazer that he wants to remain in the NFL and insists that he does not want to be a personnel guy on top of it. Per Glazer, Kelly said he’s disappointed how his tenure finished with the Eagles but understands it’s a results-oriented business.