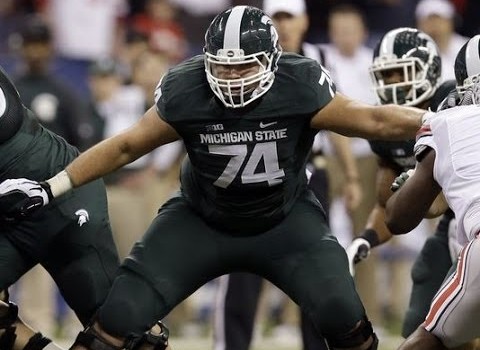 If you’re one of those Eagles fans who hang on every brain fart of ESPN analyst Mel Kiper Jr., you need to pay attention to what he thinks about the 2016 draft.

“Defensive line is the best it’s been since probably in my history of doing this, in terms of depth. I’ve been doing it since the ’78 college football season, and I don’t remember as many outstanding defensive ends, defensive tackles, combo guys, as there are this year. It’s loaded with elite guys in the first and second round. So if you need a defensive lineman — end or tackle — this is the year to get one.”

The Eagles need two starting guards as well as an eventual replacement for left tackle Jason Peters. Peters, 34, had an injury-plagued 2015 season. There is no way to know whether he hit the wall, as players sometimes do at his age, or if he can return to his prior performance level in Pederson’s offense.

Either way, it would be a good idea to have a replacement ready. If that will be right tackle Lane Johnson, then the Eagles will have a need at right tackle.

In his most recent mock draft, Kiper has the Eagles selecting Michigan State tackle Jack Conklin.

“Conklin, to me, is as consistent and reliable as any left tackle out there in terms of the way he performed on the field,” Kiper said. “I mean, he was outstanding.

“He’s got that defensive line mentality,” Kiper said. “He’ll finish blocks. He’ll move you off the line as a defender. He’s not just a pass blocker. He’ll assist the running game.

“Because of that, he could be a heck of a right tackle. For the Eagles, I think Conklin is no worse than (pick) 15 to 25. That’s the worst-case scenario. So if you’re picking at 13, that’s where the Eagles are.

“At 14, I had him to Oakland at one point because they need an offensive tackle like Conklin. And then I looked at the Eagles and said, ‘Can the Eagles really pass him up?’ I don’t think they can. I looked at a D lineman for the Eagles, but I went with the offensive tackle. I don’t see Conklin getting past 14. That’s the lowest he could possibly go.”