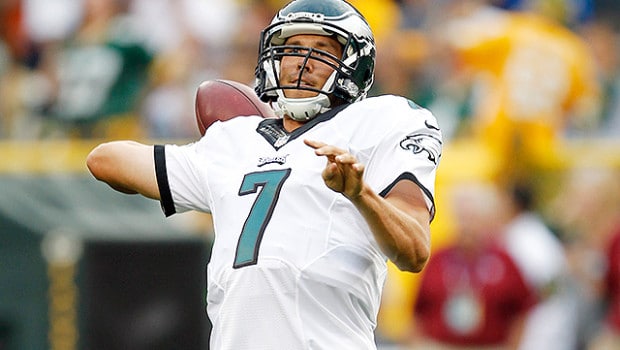 ESPN GURU: ‘EAGLES WILL TRY TO BRING SAM BRADFORD BACK’

No NFL reporter in the country has better sources than ESPN’s Adam Schefter, who appeared this morning with Anthony Gargano on 97.5 the Fanatic.

Here is a brief compilation of their conversation:

On contract negotiations with Pro Bowl defensive end Fletcher Cox, who is entering the final year of his contract.

“They’re going to get that Fletcher Cox deal done. He’s not going anywhere. I know as of about a week ago that they weren’t close. That’s a situation that I would expect would drag out a little bit.”

On contract negotiations with quarterback Sam Bradford, who is set to hit free agency.

On possibility of placing franchise tag on Bradford.

On other quarterbacking options

“The other options, Chase Daniel, I think, is an obvious one. He’s in Kansas City, played with Doug Pederson, knows the system, has been in demand — I think there’s going to be interest.”

On the Eagles’ plan in free agency

“It’s not a great free agent class, so a guy who hits the market, is going to get paid even more. … So Philadelphia has said, ‘OK, we’re going to take our money and give it to people we know we want to build around. We’re going to to give it to Lane Johnson and Zach Ertz and Brent Celek and Vinny Curry — the guys they’ve given it to so far.”