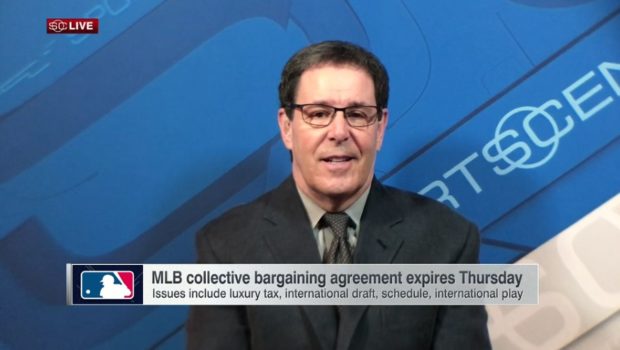 So says Bryan Curtis on the Ringer.com:

Stark, who was watching the playoffs from his home in Philly, was writing stuff. He was just having trouble publishing it. After Game 2 of the World Series, he tweeted: “I wrote a piece about last night’s WS game and want to post it on Facebook, but it must be too long for one post. Ideas?”

There are lousier stories about the ESPN layoffs. But Jayson Stark being edited by Facebook’s character count may be the most heart-wrenching. (He eventually posted a piece.) Yet last week, when I called Stark and asked how he was getting along, he was as cheerful about his career as he is about his favorite sport. “What am I doing?” he said. “I’m doing exactly what I’ve done since this happened, and that is approach this by saying, ‘I’m not gonna feel sorry for myself. I’m not gonna feel bitter or angry. I had 17 great years there. This is an opportunity to find something great to do next.’”

The ESPN layoffs dumped about 100 writers and TV hosts back into the workforce. Some got new jobs. Some exist in a strange if lucrative state of semi-employment, in which the network is paying them not to work. I wanted to see how a few of them were doing before ESPN begins Round 2of the layoffs.

Stark didn’t want to talk about the details of his own ESPN deal. But he is clearly working around it: doing hits on sports radio, writing columns on Facebook, and publishing the odd book review. “I hear from people all the time who miss me,” he said. “Miss my voice, miss my columns, miss my take on things. After a while, I felt like I had an obligation to these people.”