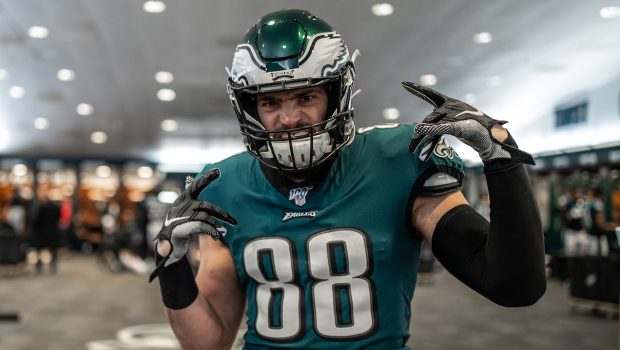 ERTZ IS OUT, SO EAGLES GOEDERT IS A SURE-FIRE FANTASY PICK!

If you’re looking for a slam-dunk fantasy pick in Week 17, look no farther than Eagles tight end Dallas Goedert.

It’s been a season of attrition for the Eagles pass-catchers, adding Zach Ertz to that list after the stud tight end suffered a rib injury against the Cowboys last week.

Ertz is out, so expect Carson Wentz to look Goedert’s way a lot against the Giants.

Goedert saw a season-high 12 targets last week and is a good bet to see another double-digit workload again this week.