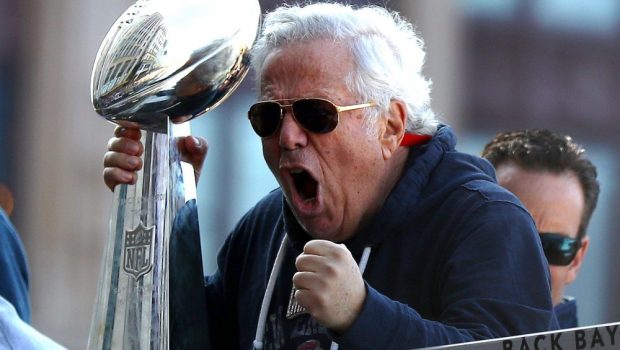 A prostitution case based on Robert Kraft’s visit to the Orchids of Asia Day Spa in Florida in January of 2019 has ended with the Patriots owner getting off.

Florida prosecutors dropped a misdemeanor charge against Kraft after multiple courts ruled the video evidence Florida detectives collected was obtained in an illegal manner and was therefore unable to be used in the case against the 79-year-old.

“The type of law enforcement surveillance utilized in these cases is extreme. While there will be situations which may warrant the use of the techniques at issue, the strict fourth amendment safeguards developed over the past few decades must be observed,” appellate judges wrote in their decision last month. “To permit otherwise would yield unbridled discretion to agents of law enforcement and the government, the antithesis of the constitutional liberty of people to be secure against unreasonable searches and seizures.”

Without the use of the videos, which have not been made public but are the only known evidence Kraft and other men at the spa paid for sex, prosecutors clearly felt they could not proceed with the case.

Had the case proceeded and he been convicted, Kraft would have probably received a fine and community service but no jail time.

Though he will not face any legal repercussions due to the incident, Kraft could still face suspension or other punishment from the NFL.