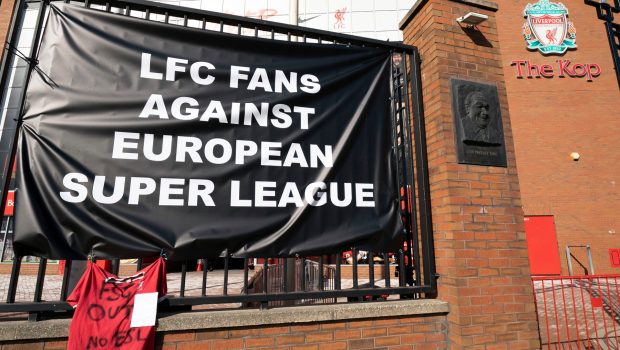 If you’re as confused as I am about the explosion that took place in the world soccer world by the announcement that 12 futbol giants are leaving their leagues to for a Super League, Steve Hoff of the Washington Post explains it succinctly.

There is no exact analogy to explain what has been proposed — and what has caused unprecedented turmoil — in European soccer the past two days. But for those more literate in insular American sports than trans-global affairs, consider this scenario: Duke, Kansas, UCLA and a dozen other pillars of college basketball decide they’re tired of participating in the NCAA tournament with smaller programs.

These pedigreed programs drive business; fans want to watch them, not Utah State and Western Kentucky. So while they’ll consent to — and benefit from — continuing to play in tradition-rich conferences every weekend, they will form their own super league, play one another home and away throughout the season, secure national TV slots and crown one of their select members as champions.

That’s what’s happening in Europe, where  the giants of soccer are breaking from the conventions of the sport by forming the Super League. The culprits include the six biggest clubs in the English Premier League, including Manchester United and Manchester City, and continental titans such as Barcelona, Real Madrid and Juventus.

Twelve have committed, with the promise of three others, to form a permanent confederacy. None would face relegation; profits would be shared. Five other clubs would come and go, although it remains unclear how they would be determined or whether outsiders would accept an invitation.