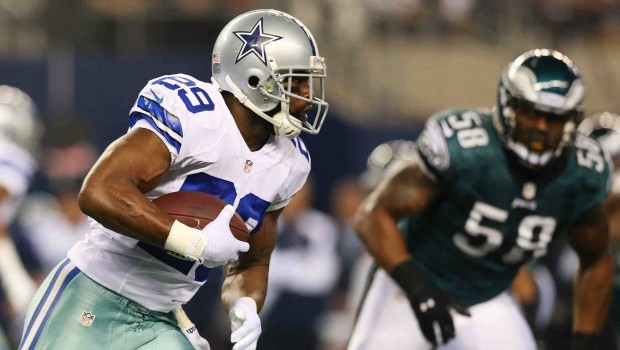 There’s a debate among former Dallas Cowboys greats about the state of play in the NFC East.

Former Cowboys receiver Michael Irvin said earlier this offseason that the Eagles are the favorites after stealing running back DeMarco Murray (above) from Dallas.

But another franchise legend doesn’t agree.

With Dez Bryant returning and Tony Romo behind arguably the best offensive line in the league, Smith believes the Cowboys are still the team to beat in the division.

“I still think that our Dallas Cowboys are a team that you have to deal with,” he said. “And you cannot take us lightly. We’re going to have to come back and build upon the things that we did last year. And I don’t see any reason why we cannot.”