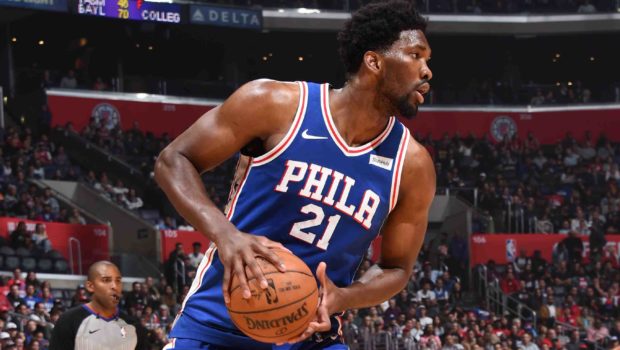 EMBIID’S BACK STILL STIFF, SO HE IS IFFY FOR KNICKS TODAY!

Sixers star big Joel Embiid is officially listed as iffy for today’s Christmas showcase game at the Knicks, but expect him to play, even though his back is still sore.

After missing three straight games with a sore back, Embiid returned to action on Saturday finishing with 14 points and eight rebounds in the Sixers’ loss to the Raptors.

However, Embiid noted to the Inky after the game that even though he suited up, he was not at 100 percent:

“I felt I was [lousy] and the whole team was [lousy],” Embiid said. “We committed too many turnovers and we didn’t share the ball.”

Even though he had three blocks, Embiid didn’t move the way he normally does on defense.

He said he didn’t feel at his best during warm-ups. But Embiid hates sitting out and was determined to play.