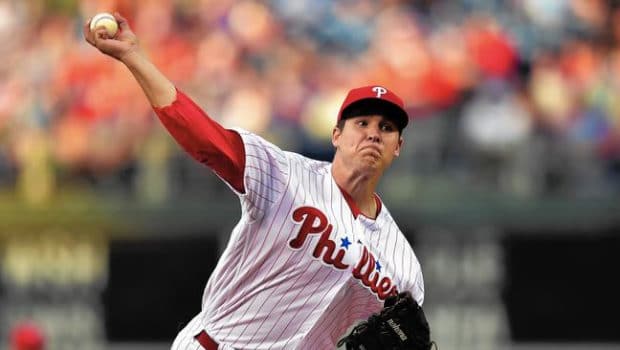 EICKHOFF WHIFFS 9 RAYS, PHILLIES STIFF HIM AT THE PLATE!

Jerad Eickhoff had a strong showing against the Rays yesterday, going six innings and allowing two runs on four hits and no walks with nine strikeouts.

But his offense gave him no support — four Rays pitchers combined to keep the Phillies off the bases until Tommy Joseph’s one-out double in the eighth, on the way to an 8-0 Rays win.

The Rays got a run in the second when Steven Souza Jr. doubled and scored on Tim Beckham’s two-out single.

Corey Dickerson’s third home run of the spring led off the sixth and gave the Rays a two-run lead.

Colby Rasmus, who had been sidelined while recuperating from offseason hip and core muscle surgery, made his Grapefruit League debut. Serving as the designated hitter and batting third, he went 0-for-3 with three strikeouts.

The Rays sent 11 batters to the plate in the eighth, scoring five runs.