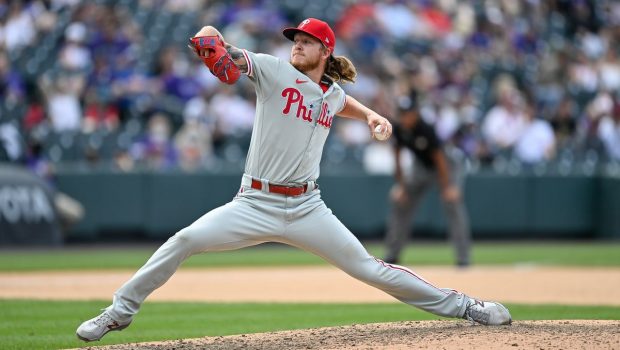 EFLIN ON IL WITH A KNEE, PHILS WILL START FALTER FRIDAY

The Phillies placed starter Zach Eflin on the 15-day injured list, retroactive to June 26, with a bruised right knee.

Outfielder Oscar Mercado, claimed off waivers from the Guardians yesterday, has been added to the active roster.

Eflin told reporters he’s hopeful he could return after a minimal IL stay, which would only cost him two starts.

The 28-year-old underwent surgery on both knees back in 2016, and he underwent another procedure to correct patellar issues in his right knee last September.

Bailey Falter will get the start Friday night against the Cards.