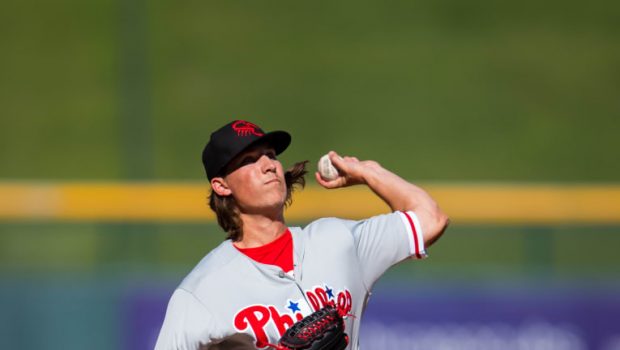 The Phillies have reinstated right-hander Corey Knebel from the Covid-related injured list and designated left-hander Jeff Singer for assignment to open a spot on the 40-man roster.

Singer, 28, was just selected to the big league roster yesterday when Knebel landed on the Covid list because he was dealing with flu-like symptoms earlier in the week, though it would appear any such concerns have subsided.

Thus, it’ll be a brief one-day call-up to the majors for Singer, who did not appear in last night’s game.

The 28-year-old Singer has tossed four shutout innings so far for the IronPigs in 2022, though he’s also yielded four walks against just a pair of strikeouts. The Philadelphia native spent the 2021 season in Triple-A as well, pitching to a 4.75 ERA with a 28.2% strikeout rate against a 10.9% walk rate. He’s kept his strikeout rate in the 27-29% range over the past several minor league seasons, albeit without particularly strong walk rates. If he passes through waivers unclaimed, he’d return to Lehigh Valley and remain with the organization, though he’d no longer occupy a spot on the 40-man roster.