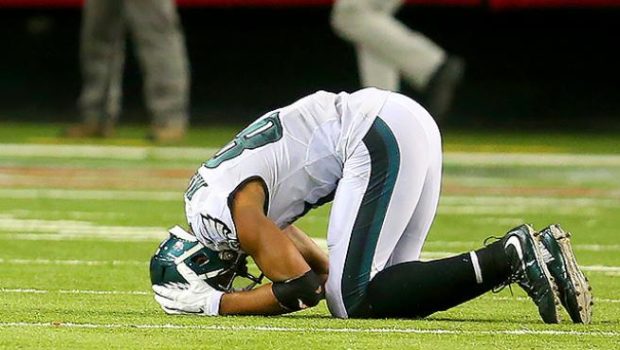 He acknowledged there’s competition at the slot, the position he’s held down each of the past three seasons. But he he spoke about that job jostling in a vague, general sense.

But when pointedly asked about NFL Network’s Daniel Jeremiah “Move the Sticks” podcast, in which Jeremiah, the former Eagles regional scout, said Nelson Agholor would be the team’s slot receiver this year and Matthews’ future is unknown, Matthews ripped Jeremiah’s mock drafts as evidence that Jeremiah’s credibility isn’t rock solid.

“Crazy thing is, I make a bold prediction and say something outlandish and its’ wrong, I get scrutinized,” Matthews said after the team’s second open practice at Lincoln Financial Field. “He [Jeremiah] might do it and its like, ‘OK.’ I mean, his mock drafts are pretty bad every year but nobody gets on him so it’s whatever.”