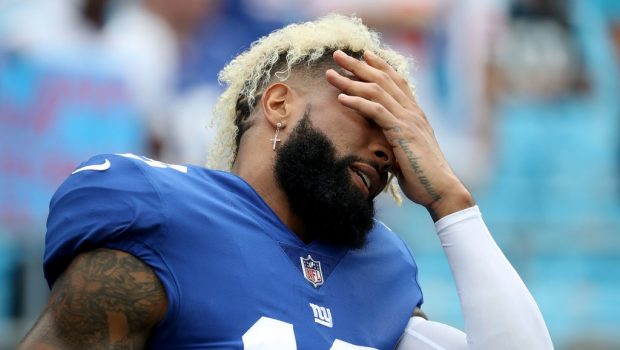 EAGLES’LL HAVE TO SCHEME FOR DALLAS’ OBJ, THO NOT TILL PLAYOFFS!

Odell Beckham, Jr. is apparently on the verge of joining the Dallas Cowboys for the upcoming NFL playoffs.

“There’s a good chance he will, with the complete goal of getting ready for a playoff game or two, and then I’ll look to the future. But most of it being about now.”

Jones didn’t reveal financial details, but said he expects that the star wide receiver – coming off ACL surgery after being injured in Super Bowl 56 for the Los Angeles Rams — will be signed to a contract for the rest of this season.

The deal could become official, Jones maintained, after the Cowboys (10-3) try winning a fifth consecutive game on Sunday at the Jacksonville Jaguars.

“He’s been working out,” Jones said, “and of course he’s extraordinary.”

Earlier this month, it appeared that Beckham, 30, and the Cowboys wouldn’t strike a deal as his comeback hinged on his availability for this season. Yet as the past week progressed, Jones indicated on multiple occasions that the team’s interest had not dissipated. Beckham has also had discussions with at least two other teams, the Buffalo Bills and New York Giants.

As he rehabs from knee surgery, Beckham must obviously weigh the risk of suffering a setback that could jeopardize his chances for a long-term deal. Jones, meanwhile, is driven by the shorter-term possibilities, expressing confidence that Beckham will be healthy enough to be a difference-maker in a Super Bowl mission.

“I’m hopeful we can get into some important games and have some Deion Sanders-type results,” Jones said. “Could this be possible to have a great player like that get in two or three playoff games and make some significant plays? I think very much so. That’s not an exaggerated thought at all.”

Nor is it an exaggeration to think that Jones, who earlier this week added veteran T.Y. Hilton to a receiver corps headed by Cee Dee Lamb, is willing to gamble aggressively on the prospects of adding a significant weapon.

“The great ones, the extraordinary ones, have an ability to make a play or two in game that can be the difference in a world championship or not,” Jones said. “It’s kind of against the principles of all the practices, the repetition that you do for football. It’s against that. But the reality is, it happens. That’s been my motivation.”