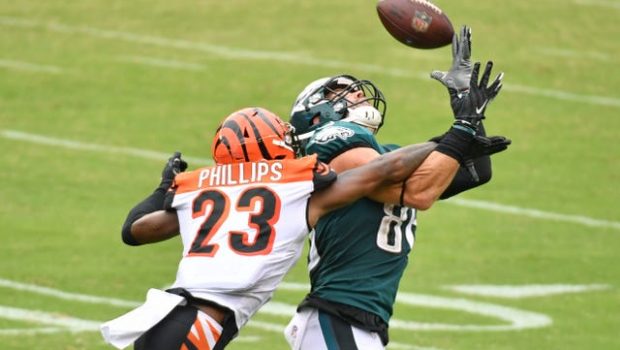 EAGLES ZACH ERTZ GAME IS ON THE FIELD, NOT ON HIS CONTRACT!

Zach Ertz’ contract extension has been a point of some contention early in this Eagles season.

But according to Zach Berman of The Athletic, Ertz isn’t concentrating on a long-term deal since the start of the regular season.

“Once the games started, my sole focus has been on trying to find ways to win football games and get open on time for Carson and be a great teammate, and since the season started I think I’ve done that. . . . In regards to the contract, that’s not even in my thought process”

Ertz has definitely put up decent numbers — 15 receptions on the year, racking up 130 yards and one touchdown in the process.