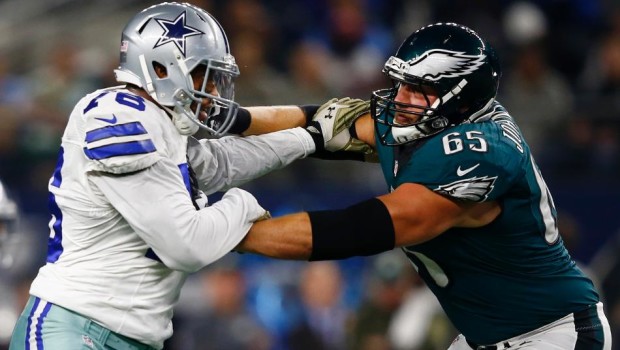 The Eagles and right tackle Lane Johnson have agreed to a new six-year deal through 2021, the team announced today.

A source told ESPN NFL Insider Adam Caplan that the deal is worth up to $63 million, with $35.5 million guaranteed.

The 25-year-old Johnson, the fourth overall selection in the 2013 NFL draft out of Oklahoma, was entering the final year of his rookie contract.

Johnson has started all 44 games he’s played with the team since being drafted. Most of those games have come at right tackle, although Johnson moved to the left side when Jason Peters was hurt this season and could move there permanently when Peters’ time in Philly comes to an end.

Some have wondered if that will come sooner rather than later, although coach Doug Pederson says he believes Peters has several good years left.