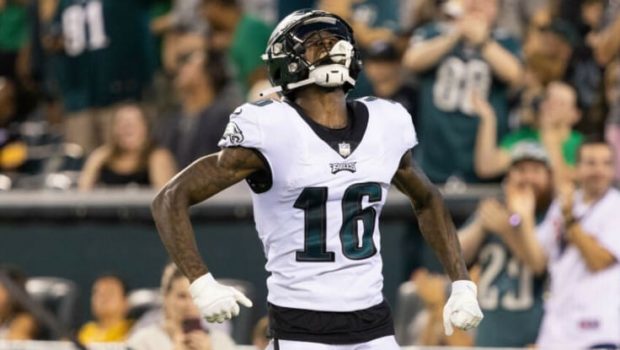 Eagles wide receiver Quez Watkins and running back Jason Huntley have been placed on the Reserve/COVID-19 list.

Huntley has spent the entire 2021 season on the team’s practice squad.

Watkins is one of the NFC’s leaders in yards per catch this season among wide receivers with 15.8, good for sixth in the conference.

He has 31 catches for 491 yards, starting 10 of the team’s 13 games in 2021. He has three catches of 40+ yards this season, including a 91-yarder back in Week 2 against the 49ers, which marked the fifth-longest reception in franchise history.