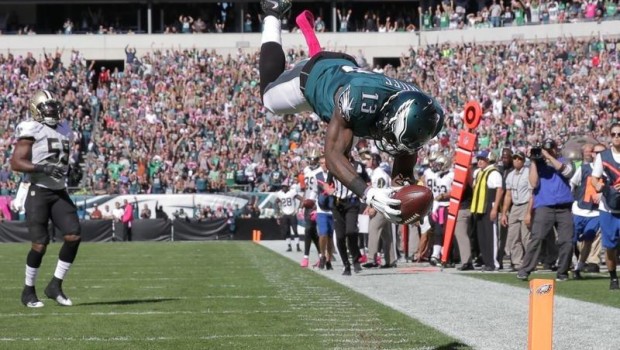 He’s been having some crucial drops, just looking like he did last season. Huff is another “Chip Kelly guy” who could lose his roster spot.

Huff does have some playmaking potential, but he can’t seem to get over the mental aspect of the game.

He lets his mistakes carry over into the next series. That’s caused all his inconsistencies and pass catching problems.

He’ll have to prove himself and flash some potential in the preseason to stay on the final 53.