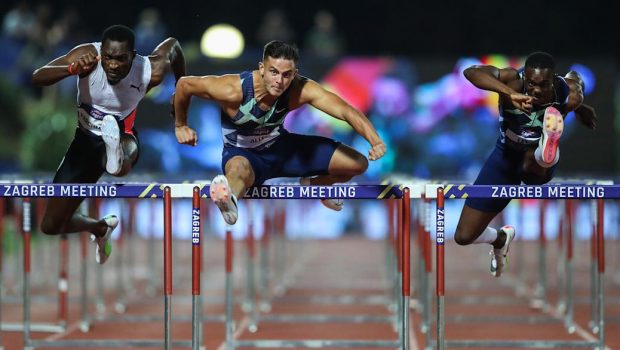 Eagles wide receiver Devon Allen is moving on to the 2022 World Championships in track and field.

Placing third with a time of 13.09 seconds in the 110-meter hurdles at Sunday’s USA Track and Field Outdoor Championships, Allen will go on to represent the United States at the World Athletic Championships in mid-July.

Daniel Roberts won the 110-meter hurdles race with a time of 13.03 seconds and finishing in second place was Trey Cunningham (13.08). Sunday’s USATF championships took place at the University of Oregon in Eugene, where top-three finishers of each event punch their ticket for the 2022 World Championships.

Allen’s road to the World Championships featured three first-place finishes in recent weeks, including a 12.84-second performance that stands as the third-fastest 110-meter hurdles time in track and field history. Allen is a three-time U.S. national champion and a two-time Olympian, reaching the finals in both the 2016 Rio de Janeiro and 2020 Tokyo Games.