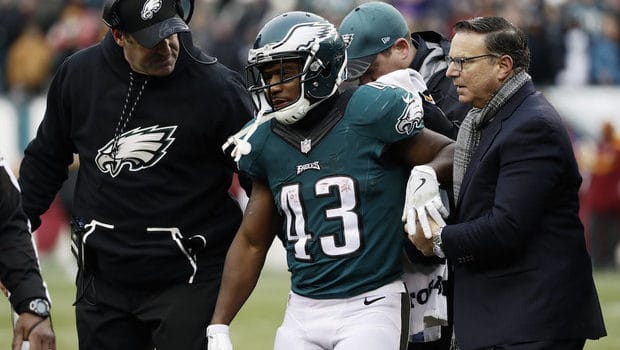 The Eagles returned to practice today in preparation for their Sunday match-up in Baltimore, but were without several key players:

Running back Darren Sproles (above) remained in concussion protocol after suffering a vicious hit in Sunday’s 27-22 loss to the Washington Redskins.

If Sproles cannot play, Kenjon Barner and recently-promoted Byron Marshall would get more time out of the backfield behind starter Ryan Mathews. Barner would also replace Sproles as the team’s punt returner.