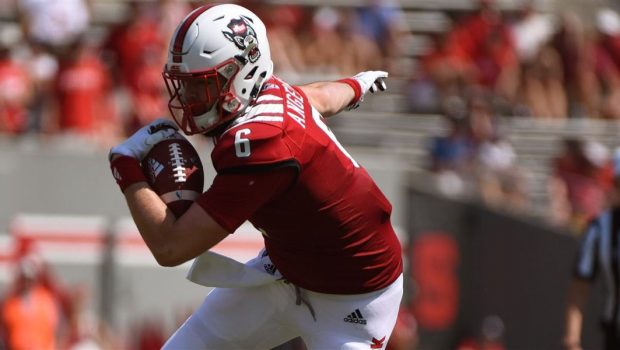 He was recently waived by the Arizona Cardinals after going undrafted.

The Philly native (Chester Springs, PA) was named NC State’s top receiver as a junior and hauled in a team-high five touchdowns. He left the school with 61 catches for 960 yards and 12 touchdowns in 25 games.

Angeline transferred from USC as a sophomore and sat out the first two games of the 2018 season (via NCAA transfer rules). The 6-foot-7, 250-pounder ran the 40-yard dash in 4.84 seconds and posted a 29-inch vertical jump at his official pro day. Angeline entered the NFL draft with concerns over his agility and quickness, although his size and length make him a matchup nightmare in the slot. He’s also considered a “competitive blocker,” per The Draft Network.