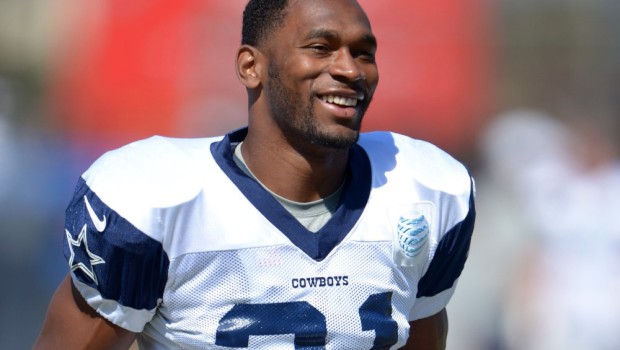 The Eagles won’t have to worry about stopping Joseph Randle when they head to Dallas to play the Cowboys Sunday night.

The Cowboys released him yesterday.

Randle got a lot of press last summer with his remarks about former Cowboys back DeMarco Murray leaving “meat on the bone” last year when he led the NFL in rushing before he signed with the Eagles as a free agent.

He had been excused from the team since last week to deal with what the club called a “personal issue.” According to sources, he is also facing a suspension for violating the NFL’s personal conduct policy for an incident in February in Wichita, Kansas.

Cowboys owner and general manager Jerry Jones did not want to say whether the decision was related to impending NFL discipline.

“We don’t want to go there as an organization as far as our relationship with Randle,” Jones said. “We just think it’s time for us to not have him on the roster. That’s the decision we made today, and we stand ready to help him work through any of his other issues.”

Randle suffered an oblique strain in his last game, which was Oct. 25 against the New York Giants, after just two carries. He lost his starting job to Darren McFadden.

After Sunday’s loss to the Seattle Seahawks, Jones said he was concerned for Randle’s well-being.

“I’m always concerned as to any issues regarding the [mental] health of a player,” Jones said. “It’s a lot more serious than the football [injury].”

According to sources, Randle made a call to police last week because of concern about the whereabouts of his girlfriend. However, no wrongdoing was found.

In September, Randle met with NFL officials after he was cleared legally regarding a domestic violence call in February involving the mother of his son. Per league policy, a player can still be disciplined even if there is no legal penalty.