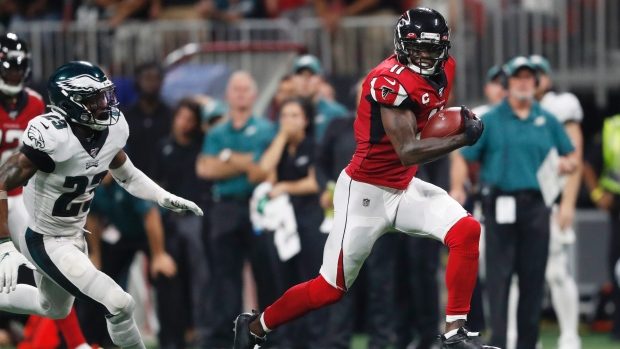 EAGLES WON’T HAVE TO DEFEND JULIO ON SEPT 12: HE’S NOW A TITAN!

The Eagles new team of 30-something coaches won’t have to prepare to defend Julio Jones when they open the season at the Falcons on Sept. 12.

He is now a Tennessee Titan.

Atlanta agreed to trade star wide receiver Jones for a 2022 second-round draft pick and a 2023 fourth-round selection to the Falcons.

Along with Jones, the Falcons will send a 2023 sixth-round pick to the Titans.

The deal is pending a physical, the Titans said.