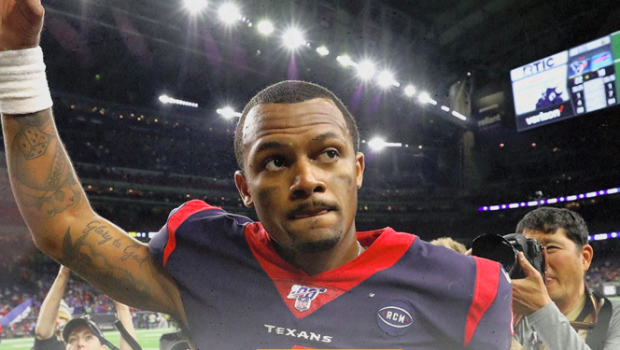 The NFL and the NFL Players Association have reached a settlement in the Deshaun Watson disciplinary matter, agreeing that the Cleveland Browns quarterback will serve an 11-game suspension without pay after he was accused by more than two dozen women of sexual misconduct during massage sessions.

Watson will also pay a fine of $5 million and undergo mandatory evaluation by behavioral experts and follow their suggested treatment program.

Watson later met with the media on Thursday, however, and maintained his innocence.

“I’ll continue to stand on my innocence, just because you know settlements, and things like that happen doesn’t mean that a person is guilty for anything. I feel like a person has an opportunity to stand on his innocence and prove that, and we proved that from a legal side, and just going to continue to push forward as an individual and as a person,” he said.

He also said he wants to one day tell his side of the story to prove he’s innocent.

Watson’s suspension takes effect on Aug. 30 when NFL teams cut down to the roster limit of 53 players. He will be eligible for reinstatement on Nov. 28 and will be available to play for the Browns again in Week 13, when Cleveland faces his old team, the Houston Texans, on the road.

Watson, who started the Browns’ preseason opener against the Jacksonville Jaguars last Friday, will not play again this preseason, coach Kevin Stefanski said.