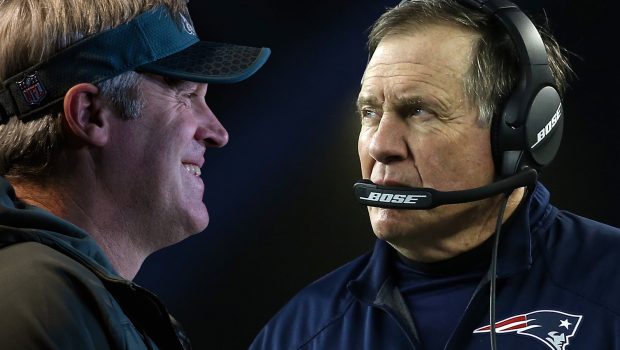 The Patriots won the Super Bowl last year, but Bill Belichick admits that he hasn’t forgotten the loss to the Eagles in Super 52:

“I mean, you remember some of the wins, but I think the losses stick with you more,” Belichick said Friday, per Grant Gordon of NFL.com.

As for whether or not New England is seeking revenge? Belichick wouldn’t go that far:

“That’s all in the past and that’s water under the bridge right now,” the head coach added. “So, we’ll focus on this week and see how this one comes out.”

For Belichick to actually not give such a cut-and-dry answer, you know the loss must still be bothering him, and you have to wonder how much he will use that to motivate his players for what is an otherwise ordinary Week 11 matchup between two teams that don’t even play in the same conference.

The Patriots suffered their first loss of the season at the hands of the Baltimore Ravens in Week 9 and had a bye last week. Now, New England sits at 8-1, which is tied for the best record in the NFL. Of course, the Pats are looking to nail down yet another first-round bye.