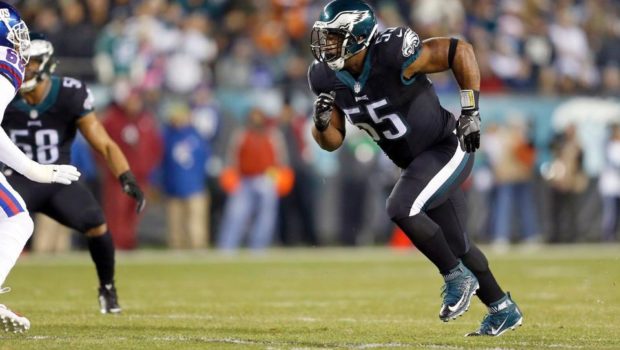 So, here is what the NFL playoff situation looks like:

NFC
y*-1. Dallas Cowboys (12-2): NFC East champions. The Giants’ loss gives Dallas the division crown and home-field advantage. [Remaining games: vs. Lions, at Eagles]
y-2. Seattle Seahawks (9-4-1): NFC West champions. They can snag a first-round bye in Week 16 with win and losses by Atlanta and Detroit. [Remaining games: vs. Cardinals, at 49ers]
3. Atlanta Falcons (9-5): NFC South leader. A win and Bucs loss would sew up division. A win plus a loss by either the Lions or Packers gives Atlanta at least a wild card. Strength of victory keeps Falcons ahead of Detroit. [Remaining games: at Panthers, vs. Saints]
4. Detroit Lions (9-5): NFC North leader. A win and Packers loss earns Detroit its first division title since 1993. But a loss at Dallas on Monday sets up a de facto division championship game against Green Bay in Week 17 at Ford Field. The Lions guarantee a playoff berth with a win and loss by Tampa Bay. [Remaining games: at Cowboys, vs. Packers]
5. New York Giants (10-5): Wild card No. 1. They failed to clinch their first playoff berth since 2011 with Thursday’s loss at Philadelphia, which also cost New York any shot at winning the NFC East. A loss by the Lions, Packers, Bucs or Falcons this week would still secure a wild card for the Giants. [Remaining game: at Redskins]
6. Green Bay Packers (8-6): Wild card No. 2. They’re currently ahead of Bucs on strength of schedule tiebreaker and could clinch berth this weekend with a win and some help (losses by Washington and Tampa Bay combined with an Atlanta win). If Green Bay wins out, it reclaims NFC North title. [Remaining games: vs. Vikings, at Lions]

AFC
yz-1. New England Patriots (12-2): AFC East champions. Division winners for eighth consecutive season, they can lock up home field in Week 16 with a win plus an Oakland loss. [Remaining games: vs. Jets, at Dolphins]
x-2. Oakland Raiders (11-3): AFC West leader. Back in playoffs for first time in 14 years, they win division and bye with victory and a K.C. loss. [Remaining games: vs. Colts, at Broncos]
3. Pittsburgh Steelers (9-5): AFC North leader. They’ll clinch division by beating Baltimore on Christmas but would lose control of it if Ravens complete season sweep. [Remaining games: vs. Ravens, vs. Browns]
4. Houston Texans (8-6): AFC South leader. Now 5-0 in divisional games, they maintain tiebreaker advantage while sharing first place with the Titans. Houston needs only to beat Tennessee in Week 17 to keep its crown. The Texans can also clinch Saturday with a win plus Titans loss. [Remaining games: vs. Bengals, at Titans]
5. Kansas City Chiefs (10-4): Wild card No. 1. A win against Denver on Christmas night will lock Chiefs into playoffs and would put them back atop AFC West if Raiders also lose. Kansas City would also clinch a berth if Baltimore loses. [Remaining games: vs. Broncos, at Chargers]
6. Miami Dolphins (9-5): Wild card No. 2. They lock in with a win plus a loss by the Broncos. But Miami can’t afford to slip given losses to Ravens and Titans earlier this season could hurt dearly if this spot winds up being decided by tiebreakers.[Remaining games: at Bills, vs. Patriots]