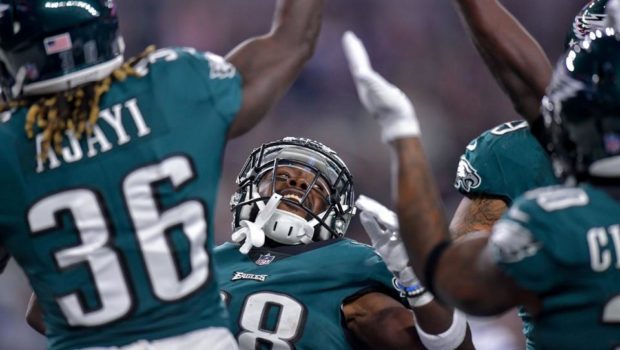 As observers of the NFL are no doubt aware, President Trump has been taking great joy in the slipping TV ratings that, the fake president says, are attributed to players exercising their First Amendment rights to kneel during the national anthem to protest police brutality among other things in the black community.

Well, how does Trump explain this?

However, with such a lopsided game and facing the American Music Awards on ABC,Sunday Night Football itself scored a 13.5/22 in metered market results – a great rating for the NFL and NBC.

That’s up 17% from last week’s SNF to hit the best rating for any NFL primtime matchup since Week 1 of the season.

Compared to the Week 11 SNF of last year, last night’s Eagles win saw an uptick of 14% over the Green Bay Packers 42-24 loss to the Washington Redskins on November 20, 2016. Also up against an AMAs, that game last fall ended up with a night winning 6.2/19 in the key demo and a viewership of 18.73 million.

We’ll update with more SNF numbers as well as the ratings for the AMAs, 60 Minutes, Family Guy and more later. While you wait for those, last night’s SNF peaked between 9:30-10 PM ET with a 14.4/23 in metered market numbers.