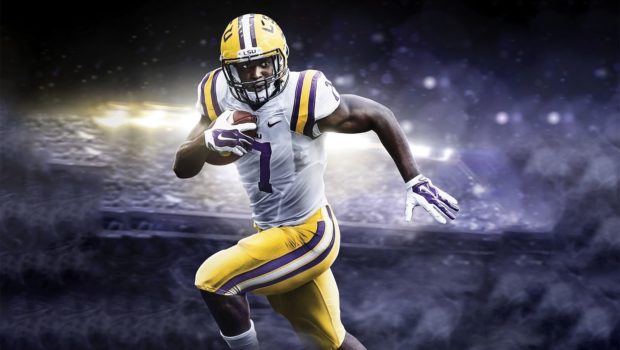 EAGLES WILL HAVE TO TRADE UP TO DRAFT PRIMO BACK FOURNETTE!

Check out the proposed trade that Sports Illustrated’s Chris Burke proposes that has the Eagles landing primo running back Leonard Fournette:

The Eagles have hosted both Fournette and Dalvin Cook on official visits in recent days. If they want the former LSU star as a focal point of their offense next season, they’ll have to go get him. This would drop the Titans nine spots in Round 1, but it would add a second-rounder (which they currently don’t have). Three picks in the top 43 would make for a nice weekend in Tennessee.