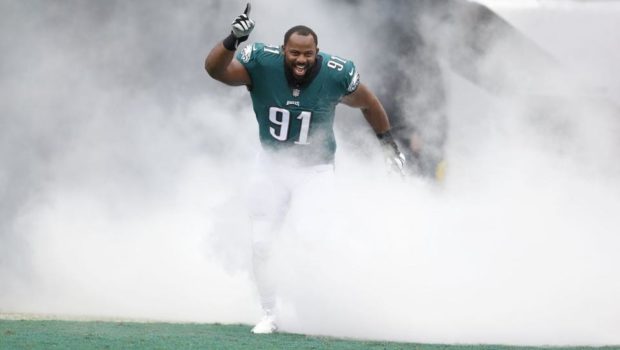 EAGLES WILL ROLL TO 8-1 AGAINST BRONCOS SUNDAY AT THE LINC!

It’s week 9 in the NFL and here’s a look at who we like with the points and without:

Trevor Siemian’s grip on the starting job was as tenuous as it’s ever been after a bad performance against the Chiefs. The Eagles’ trade for Jay Ajayi signaled that they are all-in for this year. The Broncos are 0-3 on the road, each loss by at least 10 points, and now they’re making an East Coast trip after a Monday night game. The Eagles would have to fall apart completely to blow this one.

Beating the Jets on opening day didn’t seem like an omen for the start the Bills have gotten off to. In hindsight, though, all the elements were there: tough, opportunistic defense, LeSean McCoy piling up yards, Tyrod Taylor making the most out of limited weapons, Steven Hauschka upgrading the kicking game. The Jets have not been awful, but they have not overachieved the way the Bills have.

Even the Panthers themselves (at least Cam Newton) weren’t impressed with their win over the Buccaneers last week. Likewise, the Falcons beating the Jets in a monsoon didn’t inspire universal faith that the Super Bowl team was back. It doesn’t seem logical that Newton and the Panthers offense would get well against the Falcons, but the Falcons struggled too much against Josh McCown to let anyone feel comfortable.

The Colts are teetering on the verge of a lost season, and they also are just two wins behind the leaders in the AFC South. The Texans almost deserve asterisks for most of their losses: at New England and at Seattle on last-second scores in shootouts, to the Jaguars in the Tom Savage-started opener, and to the AFC-leading Chiefs. They won’t let this one get away.

The Jaguars are coming off a bye and a shutout of the same Colts team that the Bengals needed a late pick-six to survive, at home, last week. Leonard Fournette should be back and healthy. Cincinnati had better figure out a way to keep the sack-crazed defense off Andy Dalton, or else.

The Buccaneers are flying under the radar as one of the most disappointing teams in the NFL, and pinpointing why they’ve fallen so short isn’t easy. They’re in must-win territory against NFC South rival New Orleans, on the road. The Saints defense that got lit up earlier this season has handled its business against lesser offenses, and while the Bucs offense shouldn’t fall into that category, it’s there right now (fourth in yardage, but 18th in scoring and 29th in rushing).

Both teams are coming off a bye. The Rams have a chance to go toe-to-toe with the Seahawks for the division title the rest of the way, as long as they don’t slip up in games like this one. They don’t have many breathers from here on out. In retrospect, the Giants’ win in Denver said more about the skidding Broncos than about the lousy-across-the-board Giants.

The bye for the Titans was welcome above all for getting Marcus Mariota’s hamstring rest. The same for the mini-bye for the Ravens and Joe Flacco’s concussion. If the Ravens’ offense could be trusted from quarter to quarter, this might be an opportunity for Flacco and the deep threats to shine, as well as their find at running back, Alex Collins. On the other hand, their defense isn’t facing the Matt Moore mess they saw last Thursday.

Not exactly a marquee quarterback matchup — Drew Stanton’s first start of the season against C.J. Beathard keeping the seat warm for Garoppollo. The Cardinals barely got by the 49ers in overtime a month ago, so the window is there for the home team to snatch that first win. It also will be worth watching which Adrian Peterson shows up, the Cardinals debut version (134 yards) or the follow-up (21 yards).

Possible showdown between a Seahawks defensive front that just added rent-a-sacker Dwight Freeney, and a Washington offensive line missing basically everybody last week against the Cowboys. Also, Duane Brown is expected to slide into the Seattle left tackle spot, without the added pressure of playing for a team owned by a virtual plantation boss.

The courts have pulled Ezekiel Elliott out and then inserted him back in before. The Cowboys have dealt with the midweek uncertainty since training camp. They have yet to actually play without him, though … and they now go through the uncertainty while preparing for a Chiefs team that is hard to beat in any phase. Whoever’s lined up with him, Dak Prescott will have to avoid mistakes against a defense whose specialty is forcing mistakes.

Good luck finding many who fully believe in either team. The Raiders appear to be exactly who their record says they are, with the glow of the thriller over the Chiefs evaporating quickly in Buffalo in their next game. In the two games sandwiching the Chiefs game, Derek Carr threw for two touchdowns and four interceptions combined. The Ajayi trade has the scent of a full-scale Miami offensive do-over … not that one isn’t warranted.

No Aaron Rodgers, of course, and whether Brett Hundley knows the Hail Mary play as well as Rodgers does remains to be seen. The knee-jerk thought is that the Lions can do damage against the Packers defense, but they did damage to the Steelers defense Sunday night yet somehow never got into the end zone.