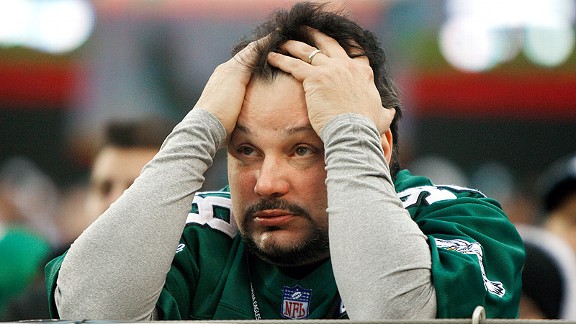 EAGLES WILL REPORTEDLY CHARGE FANS A FEE TO ATTEND CAMP!

The Eagles plan to cut the number of public training camp practices at Lincoln Financial Field from two to one this summer and will charge admission, sources said, with proceeds going to the team’s charity.

Ticket prices are expected to range from $5 to $10. The money will go to the Eagles Autism Challenge, which raises funds for autism research.

The merits of this decision have been debated inside the building, per multiple sources, given that training camp access has already decreased significantly in recent years and because these free sessions are often to the benefit of lower-income families who want to connect with the team but can’t afford game tickets. Ultimately, the desire to further the team’s charitable efforts won out.

The Eagles had upwards of 18 open practices a summer for the 17 years training camp was held at Lehigh University. That number went down to five when the team decided to move camp back to Philadelphia in 2013, and has since dwindled to one practice that is open to the public, which now comes at a cost, albeit for charity.