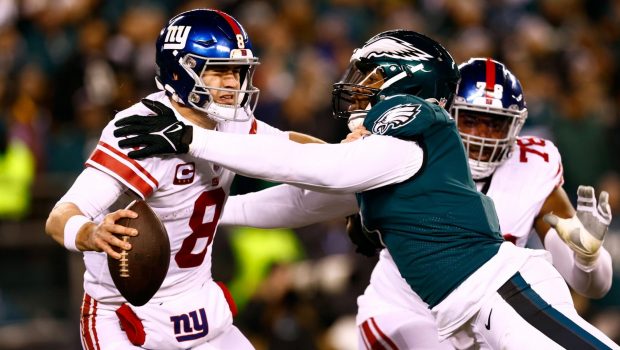 With the Eagles complete 38-7 beatdown of the New York Giants in the rearview mirror, a tougher opponent has revealed itself in the No. 2 seed San Francisco 49ers, who are traveling to Philly for the NFC Title game next Sunday at 3pm in Lincoln Financial Field.

Having this crucial game on your home field is huge, the reward for having an NFL- best 14-3 regular season record.

The 49ers are a much more formidable team than the Giants who the Eagles outclassed for 60 minutes. One big Eagles advantage is the rookie quarterback under center for SF, Brock Purdy who’s played well but will still feel the 70 thousand Eagles fans breathing down his neck for 60 minutes Sunday.

Not to mention the Eagles pass rush, which recorded 70 QB sacks this season, and five last Saturday night against the Giants.

It should be an all out battle to advance to Super Bowl 57, and the Eagles are currently -2 1/2 to win the NFC Championship game next Sunday.