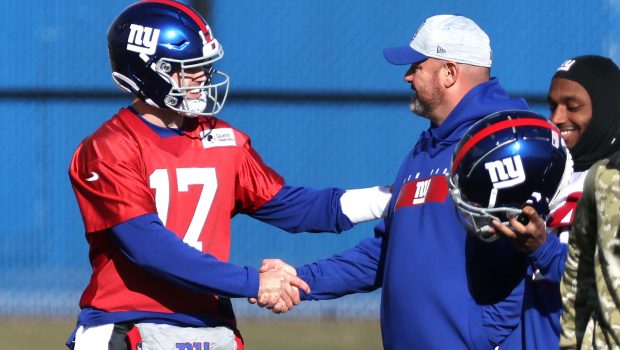 The Giants haven’t admitted it.

But they are throwing quarterback Jake Fromm to the wolves.

Excuse me, make that the Eagles today at the Linc.

Fromm will get the first start of his career today against the Eagles, according to Adam Schefter of ESPN.

The Giants have ruled Daniel Jones out for the season, and Mike Glennon has been a disaster as his replacement.

Fromm arrived off the Bills’ practice squad and played part of last week’s game, completing six of 12 passes for 82 yards.

The 4-10 Giants are going nowhere this year, but it will be helpful to evaluate whether Fromm should be a part of their quarterback room in 2022.