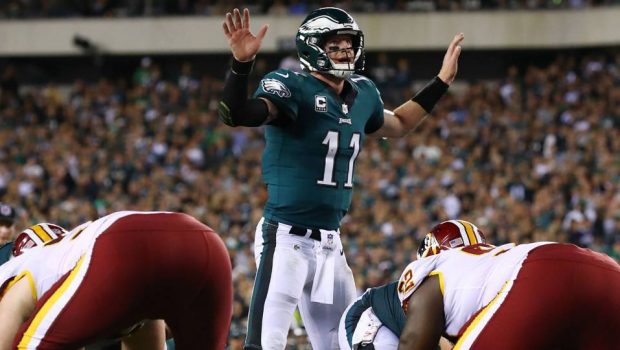 ESPN’s Adam Schefter was on 97.5 The Fanatic and said that it’s his “belief” that the Eagles and Wentz will get a deal done before the start of the 2019 season in September:

“I think, from everything I’ve gathered, that the two sides have begun talking. I think both sides are motivated to get it done. I don’t think they’re close right now to getting it done.

“But when I talk to people around the league who look at that deal, they believe it’s going to get done. Now, I think the Eagles probably are confident that it’ll get done. They know that there’s still work to do and there’s progress to make.

“But the fact that the two sides have begun their discussions, are talking … we’ll see how this shakes out. But my sense is that the Eagles think it’ll get done and it’s a matter of when they can finish that off and get it together. But I think the signs point to that deal getting done this offseason at some point in time and they’ll lock up Wentz.”