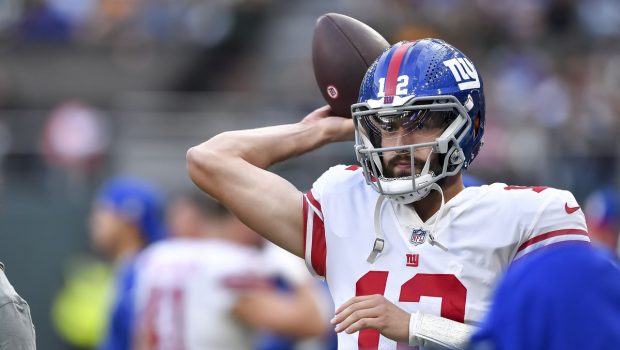 EAGLES WILL BE CHASING GIANTS QB DAVIS WEBB (WHO?) TODAY!

The Giants are locked into the No. 6 seed in the NFC and they are not playing to win today against the Eagles at the Linc.

Davis Webb will start at quarterback, according to Ryan Dunleavy of the New York Post.

Webb, who was called up from the practice squad yesterday, has never thrown a pass in his NFL career.

The Giants’ regular starter, Daniel Jones, is expected to join running back Saquon Barkley among the inactives today as they rest to get ready for the playoffs. Tyrod Taylor is expected to be Webb’s backup.

The Giants used a third-round pick on Webb in 2017, but they cut him after his rookie season. He then spent time with the Jets and Bills before returning to the Giants this year.

Although the game is meaningless for the Giants, it’s big for the Eagles, Cowboys and 49ers: An Eagles win clinches the No. 1 seed in the NFC, but if the Eagles lost, the Cowboys would have a chance at winning the NFC East and the 49ers would have a chance to earn the No. 1 seed. Unfortunately for Dallas and San Francisco fans, it looks like the Giants are ready to concede this game.