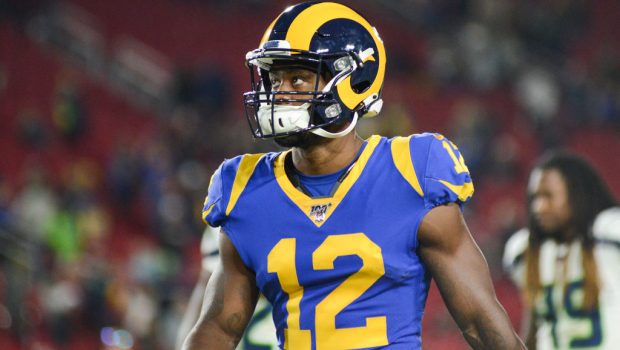 “Free me,” Brandin Cooks tweeted Friday night, amid reports the cap-strapped Rams were trying to trade him.

If he is dealt, it will continue the odd career of a very good player. Cooks was drafted 20th overall by the Saints in 2014.

In 2016, at 23, catching passes from Drew Brees, Cooks was the Saints’ deep threat, averaging 15.0 yards a catch with eight touchdowns.

In 2017, he was traded to the Patriots for the 32nd pick in the first round. At 24, he caught passes from Tom Brady, and his 16.6-yard average gave Brady is best and most consistent deep threat in years.

In 2018, he was traded to the Rams for the 23rd pick in the first round. At 25, he caught passes from Jared Goff, and his 1,204 yards was the most in his career. He was the key receiver on a Super Bowl team.

In 2020, Cooks is on the block. He’s had concussion issues, and his production dipped to 3.0 catches per game last year, by far a career-low. But I think he’s a pretty good risk. An acquiring team would owe him $20 million the next two years, and then could cut him without a hurtful cap hit. For about 4 percent and then 5.5 percent of the salary cap over the next two seasons, Cooks could be the missing link to a contending team.

FMIA: NFL Life At A Social Distance, and How The 2020 Draft Might Look