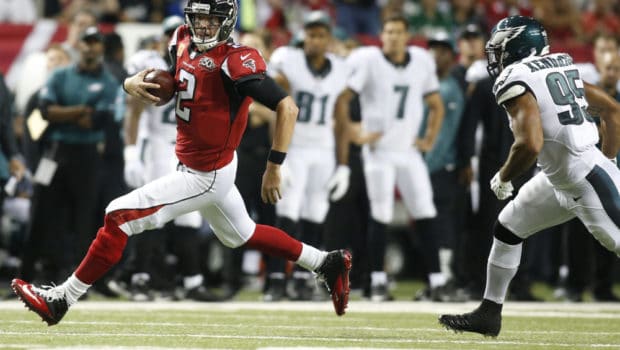 EAGLES WILL CUT A LOT OF DEAD WOOD TO FREE UP CAP SPACE!

If you are thinking about how the Eagles are going to free up salary cap space in order to pursue quality free agents, join the club.

The Birds can save a total of $24.25 million in cap space, which would be added on for free agency, if they parted ways with seven players.

The slam dunks appear to be DE Connor Barwin ($7.75 million), RB Ryan Mathews ($4 million) and CB Leodis McKelvin ($3.2 million), which would add $14.95 million to the salary cap for the Eagles in free agency.

The Eagles are also expected to part ways with C Jason Kelce this offseason, which would save them $3.8 million. Philly would also save a total of $3.4 million if they parted ways with LB Mychal Kendricks (above) and CB Ron Brooks and $2.1 million with LG Allen Barbre.

A player not considered is LT Jason Peters, who the Eagles would like to bring back. While cutting Peters would save the Eagles $9.2 million, they are likely to restructure his contract in order to create cap space.

LB Nigel Bradham is also a candidate to be released. The Eagles would save $3 million to cut Bradham, who has two legal cases still to be litigated from last season.

Add on to the projected $10-14 million in cap space the Eagles currently have with the rollover cap space, and the Eagles will be able to add some other free agents to add depth to other positions on the roster.